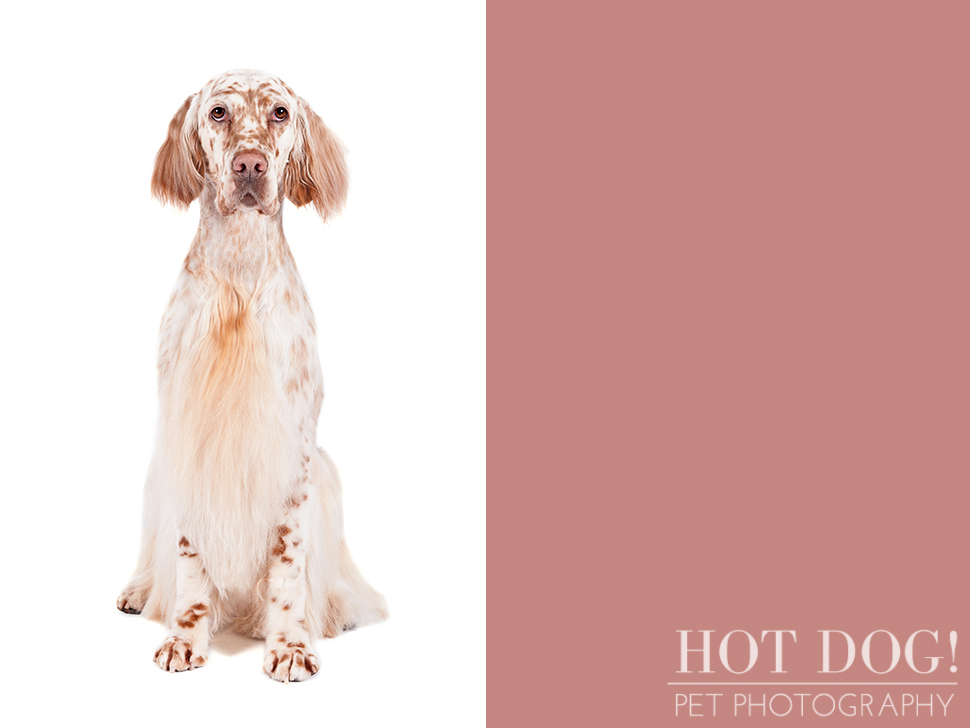 The eighteenth breed in our dog of the day series is the English Setter!

The English Setter is an elegant gundog known for its distinctive and beautiful white feathered coat with “belton” markings – the spots of darker-colored hairs that can come in orange, blue, lemon and liver! The English Setter was developed more than 400 years ago in England, making it one of the oldest of the gundog breeds. Before the use of firearms, this “Setting Spaniel” would find birds and then crouch down on its front legs (“set”) to allow the hunter to throw a net over the game. When guns became widely used, Setters adopted a more upright pointing stance so hunters could spot them more easily.

Contrary to popular belief, the three setters – English, Gordon and Irish – are not just different colors or varieties within one “setter” breed but are actually three distinct breeds.