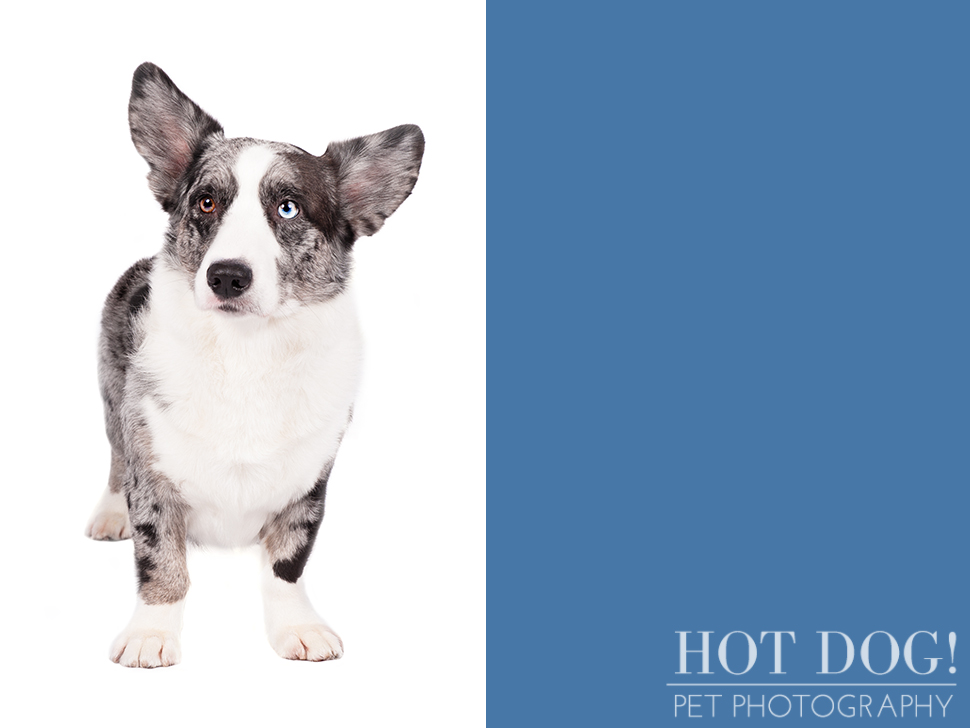 The fifth breed in our dog of the day series is the Cardigan Welsh Corgi!

Also known as “the Corgi with a tail,” the Cardigan is the older of the two Corgi breeds. Much older. We’re talking BC here. That’s right – the Cardigan Welsh Corgi first arrived in Cardiganshire with the Celts in 1200 BC. Their job? Driving cattle, of course. They come in a variety of different coat colors and markings (this one pictured is black and blue merle).

Cardigans actually originate from the same line of dogs as the Dachshund, and they essentially took the place of fences in ancient times! No, really – back then, tenant farms were only allowed to fence in a small area around their dwellings, and the rest was shared common land owned by the Crown. By nipping at their heels, Cardigans drove the cattle wherever the farmers needed them to be!