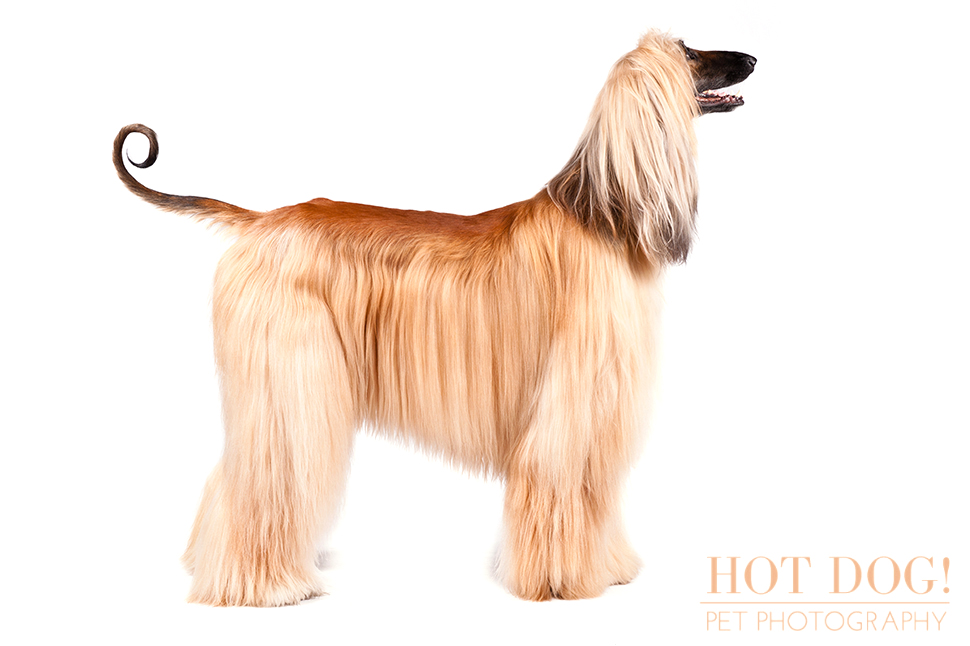 The 22nd breed in our dog of the day series is the Afghan Hound!

The Afghan Hound is known for its incredibly silky, fine coat and curled tail! That type of coat is typical amongst animals that live in high altitudes. The breed (a sighthound) exudes an aristocratic air, and it can be rather aloof compared with other dogs. Some might say they’re like the cats of the dog world!

The Afghan was discovered in – you guessed it – Afghanistan in the 19th century. There were two fairly distinct kinds that lived in the southern and western regions and in the northern mountainous regions. During the first World War, the breed disappeared in the Western world and reappeared in 1920 when a group of them was imported to Scotland. They became the Afghan Hounds we know today!